It’s a familiar situation.  You’ve entered into some kind of contract or business arrangement and the deal has gone south.  For one reason or another, one of the parties is dissatisfied and is making demands which the other party believes are unfair or unjustified.  You’ve reached a stalemate where it appears the only options are living with the deal, or litigating.  However, the thought of litigation is scary.  How can you estimate the litigation costs?  What interruption impact could it have on your  business?  Your reputation?  What (horror!) if you lose?  All of these are valid questions which apply to any business dispute directed towards litigation.  So is there any other choice?

Most people are unaware they can submit their disputes to voluntary ADR, or “Alternative Dispute Resolution”.  ADR is a dispute resolution mechanism that has been widely and successfully used for centuries.  Remember the famous Bible story of Solomon presiding over the two women claiming one baby?  Solomon’s role essentially involved elements of ADR.  In modern practice, ADR has not only been employed successfully over the past thirty years or so but is now required by many courts as part of the litigation process in an effort to clear clogged litigation dockets. ADR is ideally suited for the equine disputes, where the amount of damages is often limited but the facts and parties have a high emotional investment in the dispute.  By utilizing an ADR process, the parties can quickly and cost-efficiently resolve the dispute, feel as if they have had their “say” in the matter, and move on with the lives and businesses.

In considering ADR methods, recognize that there are distinct differences between the two ADR mechanisms:  Arbitration and Mediation.  Briefly summarized, arbitration is more formal, is conducted by a neutral third-party who sits as a “judge” even though that person is not required to be a legal judge, and the arbitrator’s decision is binding (that is, the decision of the arbitrator is final and in most instances cannot be legally challenged or appealed).

In contrast, mediation is less formal, involves a neutral third party mediator who actively participates in the discussion in an attempt to move the parties towards compromise. Unlike arbitration, the mediation process is non-binding (that is, the mediator does not issue a binding decision and either party can elect to terminate the settlement negotiations at any time).

There are also significant differences in the arbitration versus mediation process.  In arbitration, the parties agree to submit the matter for consideration to a neutral, third-party arbitrator who typically has received formal training as an arbitrator.  The parties have the ability to chose, through mutual consent, their arbitrator or mediator.  This factor alone can be beneficial in equine cases as it allows the parties to seek someone familiar with industry practices, a benefit not always available in the judicial process.  The process can be an informal process, or the parties can agree to submit the dispute to arbitration under set rules established under the American Arbitration Association (“AAA”).  The process can be conducted through AAA offices or elsewhere if the matter is not being arbitrated under the AAA’s jurisdiction.  In arbitration, the parties jointly decide how to manage discovery, witness depositions (if needed), and the time and manner for the arbitration hearing.  In most instances, the parties agree up front as to a mutual exchange of documents intended to be used at arbitration and a date prior to the hearing to exchange the documents. The arbitrator hears the evidence, much as a judge would, but can interrupt at any time to ask questions or request clarifications. The arbitrator then issues his or her decision, which can be detailed or simply a summary disposition of the case, depending on the level of detail requested by the parties.  The arbitrator’s decision is then registered with the local court as a “final decision”, and typically cannot be challenged legally or appealed except in limited circumstances involving:  (1) evidence of arbitrator bias which affected the final judgment, or (2) evidence that the arbitrator exceeded his or her authority.  Directly contrary to a legal case, the arbitration decision CANNOT BE APPEALED OR CHALLENGED for errors of law or misjudgments of fact.  This is perhaps the largest drawback to arbitration, particularly where a dispute is based upon novel or “first-case” impressions of law.  In such cases, the dispute may be best suited to litigation where a losing party has the right to appeal if it feels an error of law has been made.  However, the appealing party must recognize that the appeal process adds one more layer of legal fees to an already costly proceeding.  These accumulated legal fees are limited through the ADR process’s quick resolution timeframes.

As a more informal dispute resolution mechanism, mediation does not involve a quasi-judge person but instead employs a neutral third party facilitator who listens to the claims of both sides, then typically splits the sides into separate rooms and moves from party to party, discussing the facts and the law of the dispute, in attempting to facilitate a settlement.  The statements and opinions of the mediator, while non-binding, can be helpful in allowing both sides to consider the strengths and weaknesses of their case to determine whether compromise and settlement may not be the best alternative.  Statements made by either party during the mediation process are deemed confidential and cannot later be used against the party in court.  Contrary to arbitration, mediation is non-binding and either party may elect to terminate the mediation at any time, or to agree to continue settlement discussions even if settlement is not achieved at the time of the mediation. Even where the mediation is not successful, both parties receive a more impartial review of their case which can be beneficial in moving to litigation, if necessary.

If you currently have a case that is heading towards litigation, consider the following chart and then ask your lawyer if arbitration or mediation may not be the better and more cost-efficient alternative for dispute resolution.

© Denise E. Farris, Esq. (February 2019).  All rights reserved. This article may not be reprinted or reproduced in any manner without the consent of the author.  Contact:  Denise Farris, Perspectives Dispute Resolution, LLC. (913-220-6203).

DISCLAIMER
This article provides general coverage of its subject area. It is provided free, with the understanding that the author, publisher and/or publication does not intend this article to be viewed as rendering legal advice or service. If legal advice is sought or required, the services of a competent professional should be sought. The publisher shall not be responsible for any damages resulting from any error, inaccuracy or omission contained in this publication.

WWMB profile Denise Farris: 'You carry the appearance of success, and then it is verified'

Contract Obligations And Defenses Under COVID 19 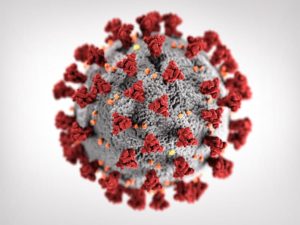 Contract Obligations And Defenses Under COVID 19